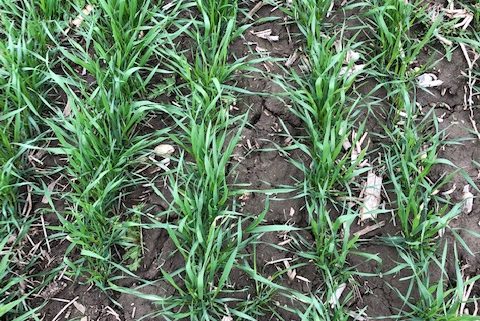 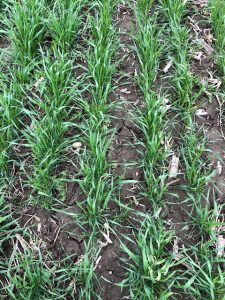 The Badger Crop Docs have been scouting winter wheat in southern and south-central portions of Wisconsin (Figures 1 and 2). Wheat is moving extremely slow. Growth stages are much behind compared to this time last season. I estimate that we are 2 weeks behind 2018. We have noted that stands are hit and miss from one field to the next in terms of quality of stand. It depends on when wheat was planted last fall and how much tillering was present before snowfall, coupled with the presence of ice under the snow over the winter. Overall things are starting to come around, but definitely a slow start to the spring in Wisconsin.

As for wheat diseases, things have been very quiet. This is good news! We did not have a stripe rust epidemic in 2018, in Wisconsin. Thus, there was no inoculum in the state to infect fall-sown wheat. So, the likelihood of any infection last fall is extremely low. This, coupled with extremely cold temperatures over the winter into 2019, mean that the odds of the stripe rust pathogen over-wintering is extremely low. The downside to this news is that stripe rust has been fairly active in the southern plains and deep south. Stripe rust reports are picking up in Texas, Oklahoma, and Kansas. This could mean that inoculum might be transported into the state later this season. Critical times to keep track of this are around the time that the flag leaf emerges and then again at anthesis. These growth stages are typical to apply fungicides, but only if the conditions are right for disease development and scouting reports indicate the need. 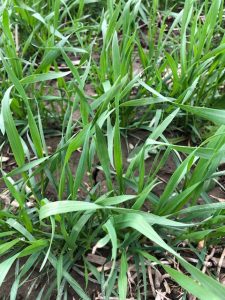 Fusarium head blight should also be on your radar. In 2018 we had a significant epidemic of Fusarium head blight (FHB or scab) that resulted in yield reductions and dockage at the elevator due to the production of vomitoxin by the fungus that causes FHB. We also had a significant amount of Gibberella ear rot which is caused by the same fungus that causes FHB in wheat. Thus, there is a significant amount of inoculum present in Wisconsin in 2019. We need to pay attention to the weather and what the FHB prediction model is telling us in terms of risk as we approach anthesis, later in the season.

Overall, winter wheat is not showing any disease issues right now. But continue to scout and track weather as we move through the season. Things can change rapidly and we will need to make some in-season disease management decisions as we move forward in 2019.

How Will Delayed Planting Influence Crop Diseases in 2019?
Scroll to top