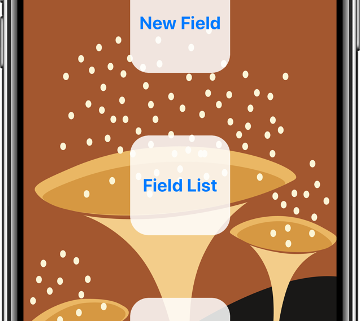 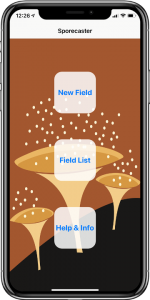 The Sporecaster smartphone app for predicting white mold epidemics in soybean has been updated for 2020. The new version is now available for download, or has been updated on your phone if you have automatic updates turned on. Updates include modifications internally and also a change on the user interface. These modifications were made based on feedback from users and our own internal testing over the winter of 2019/2020.

The most substantial changes include modifications to how we handle weather internally. The modifications were made to improve accuracy of the prediction when using GPS-referenced weather data. We also added the ability for the user to now adjust the action threshold for each individual location. This can be done based on your prior knowledge of severity at that location or the amount of risk you feel comfortable with. If you don’t know how severe past epidemics have been, then we suggest leaving the action threshold at its default.

We have also assembled several short YouTube videos describing the changes made for 2020 and also a bit about the science behind the app. The new version (version 1.35) of the Sporecaster app can be downloaded for the iPhone on the App Store here and the Android version can be downloaded from Google Play here.

Check back to badgercropdoc.com often during the season as we will also provide white mold updates on risk and commentary. Also follow us on Twitter @badgercropdoc for the latest in-season updates for field crops in Wisconsin. Don’t forget to subscribe to the Wisconsin Crop Manager for valuable crop updates.